This articles describes the 4 best supplements to help you sleep so you feel both energized and rested the next day.

Most of the supplements to help you sleep have the advantage that they contain a lot of antioxidants. These limit cellular damage, thus slowing down the aging process. That’s a nice bonus, right?

For one of my other websites I wrote a general article about How to sleep better and faster when you’re aging. There I listed 10 things I do to improve the quality of my sleep. One of those things is taking a sleep supplement.

Mind you, I don’t take them for a long period of time. I am especially careful with Melatonin. Some say Melatonin should be put on the list of prescription drugs. That’s why I only take them during periods when I am having a hard time sleeping. For instance during the hot summers over here in Spain.

When my father was in the nursing home he was very restless, especially at night. His sleep-wake cycle was mixed up. So they asked my permission to give him sleep medication. But I knew from my evening visits they gave him coffee at 8pm. Contradictory, isn’t it?

If you have trouble sleeping, first look at your evening routine before taking sleep supplements or sleep medication. Lots of people watch TV right before going to bed. Or check their computer or smartphone late at night.

When your evening routine is set up to ease you into sleep, but you still need some extra help, then these are the best supplements to help you sleep at night.

A Melatonin supplement is great as a way to regulate the Circadian rhythm, the sleep-wake cycle. That’s why it is often recommended to people with jet lag or who work night shifts. The substance is not foreign to the body, making it a safe remedy, provided it’s not taken for a long time and not in large quantities.

Melatonin is a hormone made by the body itself when it’s getting dark. And is produced less as soon as it gets light again. That’s why it is good to dim the lights as part of your bedtime routine. And why it’s better to have a completely darkened bedroom.

The Greeks and Romans already knew about the medicinal quality of Valerian. Just like the medieval people and those from the centuries after. Sometimes the root was used and on other occasions the plant.

Valerian has a calming effect that makes you sleep faster without waking up tired. It is very effective for people who have trouble falling asleep. In addition, it also helps people who wake up often in the middle of the night.

In periods of stress and anxiety, or having restless legs syndrome, Valerian can be very helpful to calm down. A cup of Valerian tea does wonders.

Cannabidiol (CBD) is extracted from the cannabis plant. Don’t worry, it’s the non-intoxicating variety. You will not get high from taking it.

It is interesting how cannabis has been taken out from the negative atmosphere and is getting more attention nowadays because of its medicinal effect. The herbal shops here in Spain increasingly have ointments and creams with cannabis or rather CBD as an ingredient.

Ashwagandha is also called Indian Ginseng in English, where in the Netherlands it is called African herb. I am always intrigued how the same item can have such different names in different languages, aren’t you?

The official plant name is Withania somnifera and is part of the nightshade family, like tomatoes and potatoes. As a medical herb it has been around for over 4,000 years. The English name Indian Ginseng probably originated from the fact that Ashwagandha has been applied as Ayurvedic medicine in India and is used against complaints such as chronic fatigue, stress and insomnia.

Final Verdict for these 4 sleep supplements

These supplements can help you to get into a rhythm of a good night’s sleep. I cannot emphasize enough to have a smart evening routine as well. There is little chance of becoming addicted, as is the case with sleep medications. However, it is not recommended using them for a long time.

Are you a good sleeper? Tell us in the comment box below.

Does your health matter? 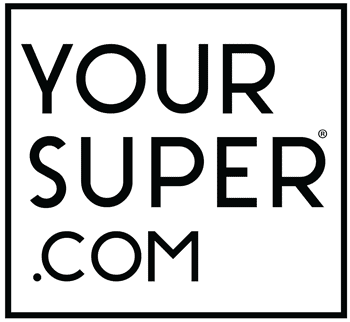 Order through this link and use my code HEALTHYSUPPLEMENTS at checkout for a 15% reduction on your whole order.

Our articles are not medical advice. If you are ill and / or take medication, go to your GP or consult with a doctor who specializes in nutrition and lifestyle, such as an orthomolecular doctor.

Keep in mind that we may receive commissions when you click our links and make purchases. However, this does not impact our reviews and comparisons. We try our best to keep things fair and balanced, in order to help you make the best choice for you.

We use cookies on our website to give you the most relevant experience by remembering your preferences and repeat visits. By clicking “Accept”, you consent to the use of ALL the cookies.
Cookie settingsACCEPT
Manage consent

This website uses cookies to improve your experience while you navigate through the website. Out of these, the cookies that are categorized as necessary are stored on your browser as they are essential for the working of basic functionalities of the website. We also use third-party cookies that help us analyze and understand how you use this website. These cookies will be stored in your browser only with your consent. You also have the option to opt-out of these cookies. But opting out of some of these cookies may affect your browsing experience.
Necessary Always Enabled

Any cookies that may not be particularly necessary for the website to function and is used specifically to collect user personal data via analytics, ads, other embedded contents are termed as non-necessary cookies. It is mandatory to procure user consent prior to running these cookies on your website.